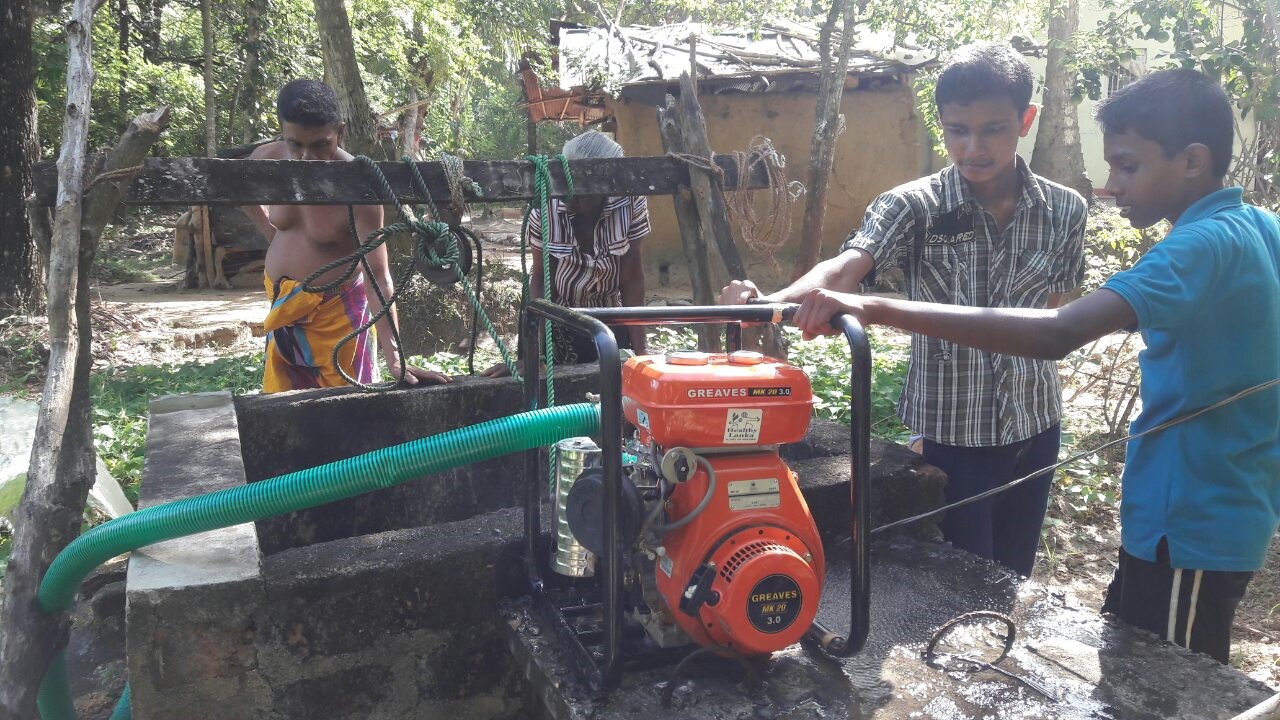 Statistics of the effected families and people in 04 effected district

Progress of the flood relief programme

The following is a report on flood relief operations conducted by Healthy Lanka with funding from FORUT International especially sent for the purpose. The operations were launched in the aftermath of severe floods that affected several parts of the country during the month of May, among which were Healthy Lanka’s working locations. As many Sri Lankans living in rural areas tap ground water to meet their needs, there were many requests for the cleaning of wells that had been submerged in the flooding. The process is extensive and takes place in two phases, the first of which is to clear mud and debris and the second of which involves purifying the water with chlorine and having the well approved by the Public Health Inspector. In response to the need, Healthy Lanka purchased two water pumps for the organisation. These were sent to the districts worst affected by the floods, namely Galle and Hambantota.

The pumps were purchased on request of the communities in Galle and Hambantota. As most of the families are within the low income range, they face difficulty in paying the LKR 5000 – 6000 labour cost of having the wells cleaned privately. While Healthy Lanka has cleaned a total of 51 wells up to now, members of the ADD youth groups and peer educators in the areas volunteered to do the required manual labour so that there was no extra cost for manpower. The youth volunteers provided labour worth LKR 255,000.00, a cost which would have had to be borne by the communities. A further 35 wells remain to be cleaned during the coming week and will be done by the youth volunteers, saving the community LKR 175,000. As the water pumps were purchased by Healthy Lanka and the services given free of charge, the communities have been saved from an additional cost of hiring pumps. We hope to use the water pumps in future projects as well.

Cleaning of Wells in the Galle and Hambantota Districts

A total of 51 wells have been cleaned in the Galle and Hambantota Districts. The breakdown of numbers of public wells is as follows.