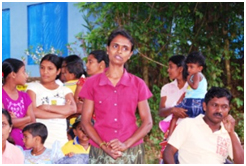 There are ambiguities, misconceptions and misinterpretations in the NATA Act as indicated by various parties who presumed to be serving the opposition, HLAD has to work on clarifying the legal positions as regard to these provisions. Authorized officers appointed under the NATA Act severely affected due to this and HLAD took the lead and conducted some training programmes for these officers. HLAD conducted training for officers serving in our project areas in Galle, Matara, and Hambanthota districts. This will continue in the future as well.  In addition, civil society organization members were also trained in some places. Final aim is to train such members in the whole country.