NATA Act was enacted in 2006 so as to establish the National Authority on Tobacco and Alcohol which is the prime body to regulate the use of these substances. Although this was passed in the Parliament in 2006, the process for having such legislation was started in 1993.  After several processes and shortcomings and assumed to be purposeful delay in bringing in the bill to the Parliament Ven. Omalthe Sobhitha Thero has submittaed a bill on this regard as a private Member of Parliament’s bill. With the introduction of this bill in the Parliament, Cigarette Company Ceylon Tobacco Company (CTC) filed a case against the content of the bill. Several NGOs intervened in this case and finally won the case defeating CTC stance but with some modifications to few provisions such as age of the minor increasing to 21 years, explaining what public access is etc. At this juncture then Hon. Minister of Health Mr. Nimal Siripala de Silva agreed to submit the bill with agreed modifications but with the surprise of all present bill came with unexpected higher concentration of alcohol content (4%) in alcohol products which can be advertised. This may seemed to the NGO sector as intended move to release beer products from advertising ban. Here also NGO sector intervened and brought this concentration to 1 %. After all this legal battles bill was approved in the Parliament and pass the act in December 2006.

We are still working

Advocacy activities are implemented through partners, INGO networks, and consortium. Community Based Organizations, Local Non-Governmental Organizations and Professional groups and the existing Civil Society organization and the Government sector
Implementation of national laws, policies and programmes on alcohol and drug use is monitored and reviewed.  Advocacy meetings are held with policy makers and activists for lobbing for effective policy implementation and policy alternatives in new policy revisions.
Advocacy campaigns were conducted not only for the enactment of the NATA Act but also in the activities related to implementation of the provision of the act. In the recently introduced gazette notification issued under the section 34(1) on publication of pictorial warnings on cigarette packs and cartons, we at HLAD held various campaigns to enhance the publishing of these pictorial warnings. We have undertaken island wide poster campaign for pressing the implementation of the law. In addition, community mobilization was done to abreast the status of the case.
Advocacy activities in relation to the NATA Act were conducted in the form of media campaign, undertaking research, and keep abreast of Hon Minister of Health on the research findings on sale of alcohol and tobacco products.
A research was conducted on the prevalence of sales to minors and the results were tabulated and compiled in to a report and was presented to the Hon Minister of Health Mr. Maithripala Sirisena in a meeting organized jointly by Healthy Lanka and FISD. The meeting was participated by many government officers including Ministry of education, health, poverty alleviation, National Dangerous Drugs Control Board, NATA etc and the presidential task force on tobacco and alcohol prevention as well. Community was represented by nearly 150 people from the communities where Healthy Lanka is working. The event was organized to show the community strength and the support of the organizations working in the field of Tobacco and Alcohol prevention in implementing NATA act, the lack of efficiency in implementing the provision on sales to minors and the decision made by the minister to implement the pictorial warning on the cigarettes packs. 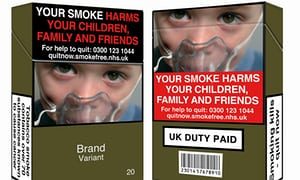 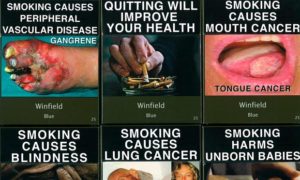 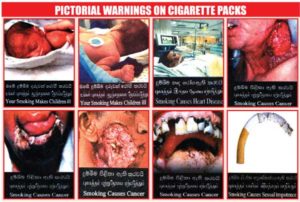 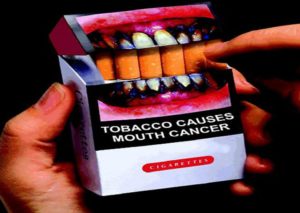 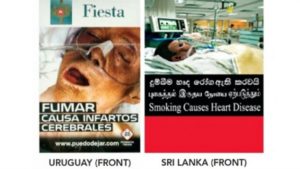 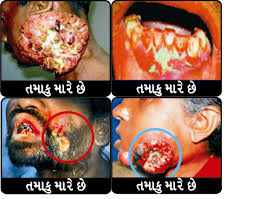 Media campaigns were conducted island wide so as to make general people aware of the pictorial warning requirement of packs and cartons of tobacco products and supported actions by other civil groups in this regard as well.