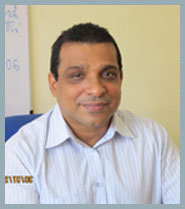 A growing body of literature supports the strength of alcohol related expectancies as important determinants of drinking behaviour.  According to studies, adults who expect positive outcomes from alcohol use consume alcohol more frequently and in larger quantities and show more signs of problem drinking (Fromme et at, 1993; Christiansen et al, 1989; Werner, 1993).  Teenagers who have positive expectancies regarding alcohol (even before initiating alcohol use) are likely to begin consuming it earlier than those who do not have such expectancies (Carney, 1995).  Here, the term expectancy refers to information stored in memory on a systematic “if – then” relationship between events in some upcoming situation, for example, beliefs such as: “If I drink this beer, then I will be more outgoing” (Peter De Benedittis 2010-2011).

Statistical models of expectancy/cognitive processes are a recent development in the field of studying alcohol use and alcohol related behavior.  These models treat expectancies as information nodes in the memory that represent direct and vicarious experiences with alcohol as a consequence of both individual biological characteristics and environmental exposure (Goldman, 1989; 1994; 2000).  Nodes may represent images, memories of sensorimotor and affective experiences, specific behaviour patterns, and verbal representations of these concepts acquired from sources including family members, the media, and peer groups, as well as inherited biological reactions to alcohol (Peter de Benedittis, 2010-2011). By tackling these information nodes directly so as to enable individuals to see the actual negative effects of alcohol and unlearn the positive expectancies surrounding it, it would be possible to guide them towards seeing alcohol use as an unpleasant experience with no benefits.

Demonstrating That Alcohol Use Has No Advantages

As mentioned in the previous chapter, the propaganda used by the alcohol industry to market its products relies heavily on the depiction of alcohol and tobacco use as positive. Though most tobacco users now consider their use as a harmful habit, alcohol users, along with a large fraction of society still believe that a moderate use of alcohol is beneficial. It has even been found that some scientists are paid by the alcohol industry to make statements that are biased towards the industry to promote alcohol. The fact however, is that proper scientific evidence that supports the idea that moderate use of alcohol is beneficial to the health is yet to be seen and alcohol prevention programmes should take this into account, demonstrating that there are absolutely no advantages in drinking alcohol.

The main reason that people initiate and continue alcohol use, despite its well known harmful effects, is its positive image, or the widespread perception that alcohol is fashionable and attractive. Challenging and changing this positive image is then essential in a programme that aims at preventing the use of alcohol. As the creation of the image of alcohol is purely a social phenomenon, its reversal too has to be through social change and it is necessary when implementing prevention programmes to employ an approach that is based on or takes into account, the socio-cultural background of the community. Here, it is also important to take into account the diversity among communities as the influencing factors that promote alcohol and other drugs may vary from culture to culture.  Therefore, when planning a prevention strategy one must understand the culture within the community in which the programme is to be implemented and to clearly identify the cultures that that promote alcohol and other drugs.

Programmes should therefore examine and identify the rituals, symbolic meanings, and other social learning influences which lead to the alcohol experience being perceived as positive. They should also work towards changing notions that show alcohol as an unusual or exciting substance, as either extremely positive or negative, for instance “alcohol is great but dangerous” to notions that show alcohol as more neutral or ordinary such as “alcohol is no big deal”. This is essential in transforming the image of alcohol from being perceived as something that is extraordinary and awe inspiring to something that is common and uninteresting and therefore arouses no special interest.

Young people would feel more inclined to use alcohol if they are influenced by a person whom young people may see as admirable and strive to emulate such as an alcohol using parent, celebrity, or role model. Alcohol may also be seen as a status symbol if it is used by powerful and influential persons, especially if the alcohol used happens to be an expensive type such as whisky or wine. This view of alcohol as a status symbol or the use of alcohol as an act of high society and sophistication could be a major motivating factor to young people to use alcohol.

Peer groups play an important role particularly during adolescence and early adulthood. To young people, the peer group is typically a group with which they could identify, share common ideas and views, and based on which they could form their identities. A teenager or young adult typically feels a strong sense of solidarity with his/her peer group, greatly fears being alienated from it, and therefore strives hard to blend in with the other members of the group. The behaviour of the peer group often reflects the tendency to show a sense of maturity or rebelliousness characteristic of adolescence and early adulthood. In a situation where alcohol is seen as a symbol of power, influence, and sophistication, those who claim to have experience using alcohol may gain higher status within the group. Peer groups generally include a ‘group leader’, a member of the group stronger, more experienced, and more powerful than the others, who sets trends for other members of the group and whom the other members treat with respect. The group leader is never challenged and is admired and emulated by the members of the group. Therefore, where alcohol is seen as a symbol of power, the alcohol using group leader would gain special respect from the other members of the group, and would, in a setting in which alcohol is used, hold command over the non-users who would be seen as “less experienced”. The members of the peer group who do not use alcohol would be treated as those of lower status in comparison to other group members that use alcohol and would be made to perform menial tasks such as providing drinking glasses and boxes of matches, and serving “bites” or savoury snacks to the more powerful, alcohol using members. Alcohol using members of the peer group would also treat the non-users as objects of amusement in that the latter would be subjected to being teased and ridiculed for the entertainment of the former.

Most positive social beliefs concerning alcohol use are in reality, misconceptions. These beliefs, known as alcohol expectancies, play a major role in promoting the use of alcohol. In a setting in which alcohol is widely used, a permissive environment is created in which users are able to act irresponsibly without being held accountable for their actions. Here, any blame for the adverse consequences of such behaviour would be placed on the alcohol thereby exonerating the user. Many social beliefs concerning alcohol are also centered on the ritualistic behaviours associated with alcohol use that serve to add glamour to both, the substance and the act of using it. The overt and covert methods of advertizing alcoholic beverages play a major role in glorifying these rituals and making alcohol appear more attractive.

Due to social beliefs, those who refrain from consuming alcohol in a setting in which alcohol is used would be considered meek, timid, weak, or miserly and those who use alcohol would be viewed more positively. Taking these factors into account, when working towards prevention, changing the social reality related to alcohol or drug use is more important than providing insight on the substances. Care must also be taken in the messages being communicated through the prevention programmes as it has been found that some incorrect prevention messages tend to further fuel the existing false beliefs or to create new misconceptions regarding alcohol and drugs. Prevention programmes should aim at creating a social Milieu that ridicules alcohol use and sees it as unattractive, uninteresting and unpleasant, even at an optimum level and should strive to ensure that the use of alcohol will be seen as a foolish, unglamorous, and bizarre activity.

Perhaps the best approach to take when designing prevention programmes would be to base them on a group learning process. Despite being time consuming, the process of encouraging users to participate in group sessions is effective in bringing about behavioural change as it encourages free communication by which participants are able to openly express their ideas and experiences with others in a similar condition without the fear of being judged. Programmes must also be designed in a way that they would progressively demystify and deglamourize alcohol and the alcohol using environment and the users receiving treatment should be given full control of their own progress.

Special attention must also be paid to the messages on alcohol communicated to the participants of the programme. Rather than arousing concern on the negative effects of alcohol, the messages given should be on a positive note through a low key approach. The programme should go beyond merely giving advice and should instead aim at producing a higher degree of behaviour, challenging the social perceptions that make alcohol use more fashionable and attractive.